Below you will find all 11 of Helen Forrester’s novels. Click on any title to read a full synopsis and browse Helen’s notes on the book.

A Cuppa Tea and an Aspirin

In one of the worst slums in Europe, near the Liverpool docks, each day is a struggle for Martha Connolly. She needs all her ingenuity to feed and clothe her nine children in the face of the constant threat of hunger and disease.

“At times touching, sad, funny but overall a great read with an air of realism and immediacy that makes you feel the poverty of the characters involved…” – Reader 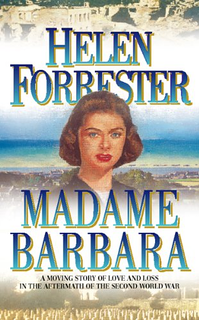 In 1948, a young widow from Merseyside travels to war-torn France to see the grave of the husband she hardly knew. Unexpectedly, she finds companionship and then passion but there are many difficulties to overcome for happiness to last.

“… a very moving book, drawing you deep into life in France during the German occupation and with plenty of suspense thrown in.” – Reader

When her husband dies suddenly, Louise Gilmore and her daughters must leave their fine Liverpool house for a run-down cottage. Mourning Doves is a heartwarming story of family relationships and a powerful portrait of a nation changed forever by the Great War.

“A heart-warming story of war-time tragedy, and of women recovering from losing all they had ever known.” – Reader

Manuel Echaniz’s story is one of poverty, comradeship, hardship and generosity. Brought up in the teeming streets of Liverpool’s docklands, Manuel develops a fierce pride in his Basque heritage  and a powerful will to survive.

“If you love stories that are based on humanity and the trials and triumphs of life, but most of all you just love a good read, then don’t pass this book up.” – Reader 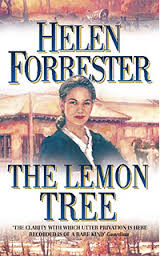 Helena escapes troubled Lebanon as a child and must adapt and survive in a strange city and then in the Canadian wilderness. Unexpected circumstances take her across the Atlantic to Liverpool where she faces difficult choices in another strange land.

“[An] interesting portrayal of the struggle and journey of the lead character in the era when luxuries were rare!” – Reader

As an illegitimate child, Alicia is excluded from privilege and shunned by a hypocritical society. Innocence, love and the human spirit prevail, making for a soaring and inspiring story.

“[A] 19th century upstairs/downstairs storyline that completely turns itself around. The unloved, isolated and ill-treated daughter… along with everyone else, big, bold characters so rich in description; great insight into how the other half lived.” – Reader

The Moneylenders of Shahpur

Old and new ideas clash in the lives of a young couple in India soon after the country became independent. A warm love story in an exotic and evocative setting.

“Lovely Anasuyabehn had been brought up to obey her loving father in all things. But as soon as she set eyes on Tilak, the brilliant new professor at Shahpur University, she knew she could not marry Mahadev, the wealthy moneylender selected to be her husband.”

The extraordinary story of three brave women, each trying in her own way to deal with the ruthless tide of destruction brought on by the air raids of the Second World War.

“… I felt as if I was in amongst all the action, feeling the fear of the families [as they] sat in bomb shelters waiting for it all to be over.” – Reader

Depression shrouded Liverpool spawned the big, tough, loving character of Daisy Gallagher. Passionate in her loves and hatreds, she finds a way to help those she loves, a way that must be kept secret from her husband.

“This book is sad, funny, tragic, and full of hope. I stayed up late into the the night so I could find out what happened next.” – Reader

When Hank Stych’s racy novel becomes a big hit, he and his mother find themselves on opposite sides of a moral crusade and a generational divide. The Latchkey Kid is a satirical look at the establishment and rebellion but also a tender love story.

“I felt sad when there were no more of her books that I could find to read. It was a bit like letting go of an old friend from another time.” – Reader

Having lost two fiancés during the war, Peggy Delaney meets an Indian man and despite many differences of religion and background they fall in love. Neither family likes the idea of a mixed marriage but his parents are even more hostile since they already had a marriage arranged for their son.

“As always, Helen Forrester has great empathy [for] her characters… and a happy ending eventually in the midst of racism, Muslim-Hindu clashes and poverty.” – Reader